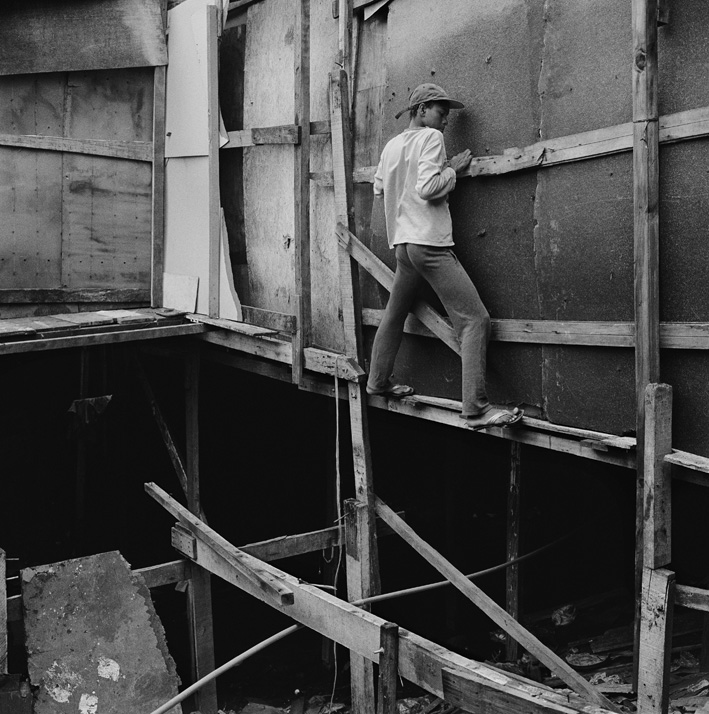 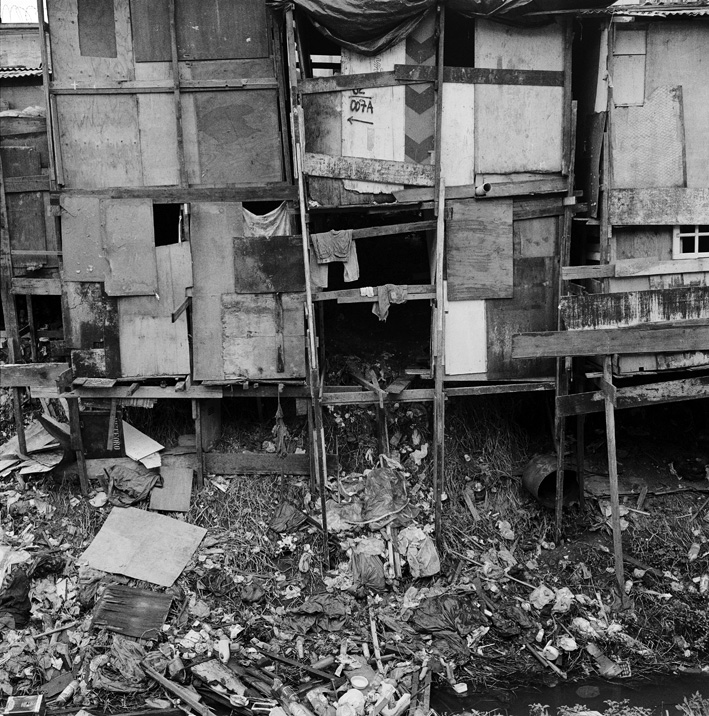 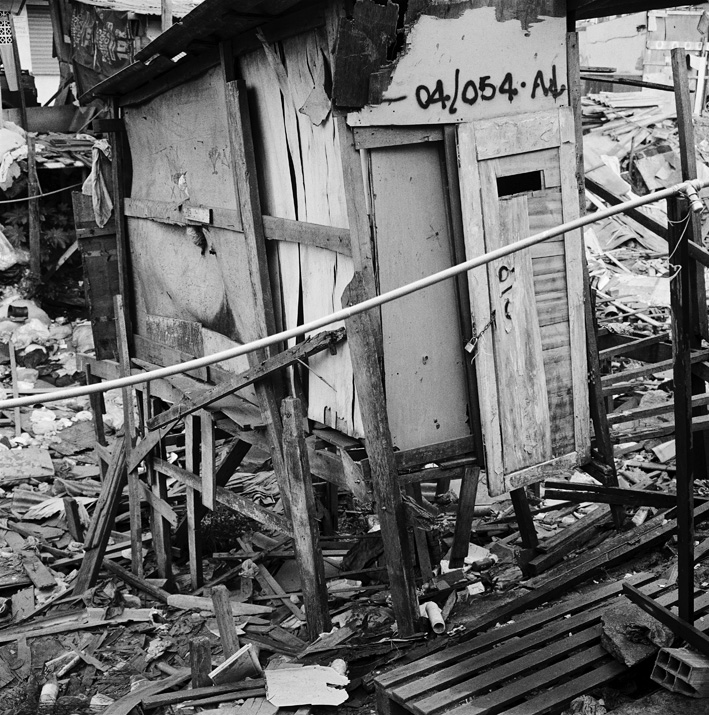 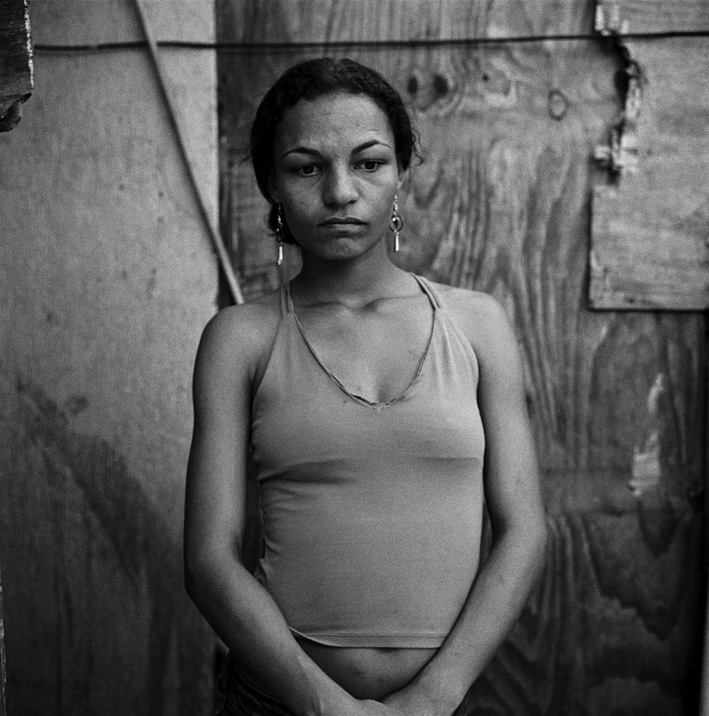 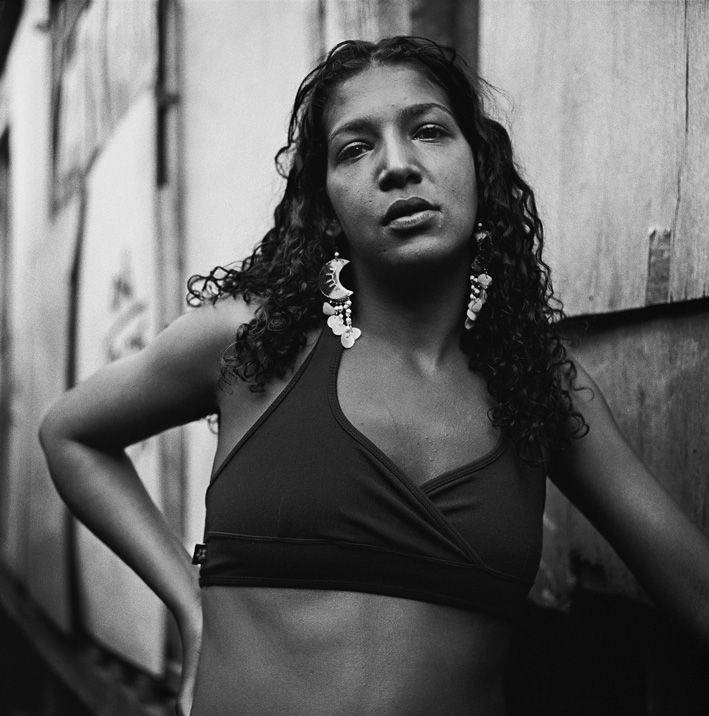 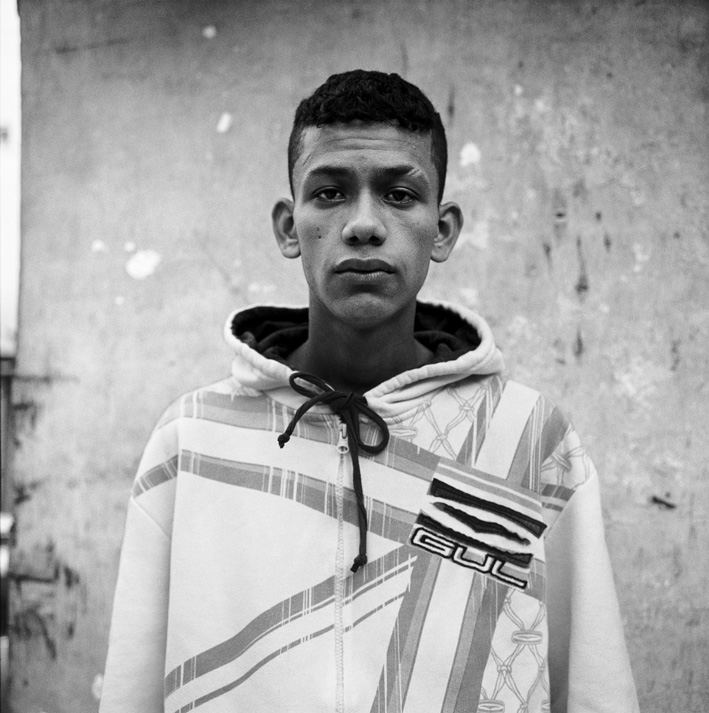 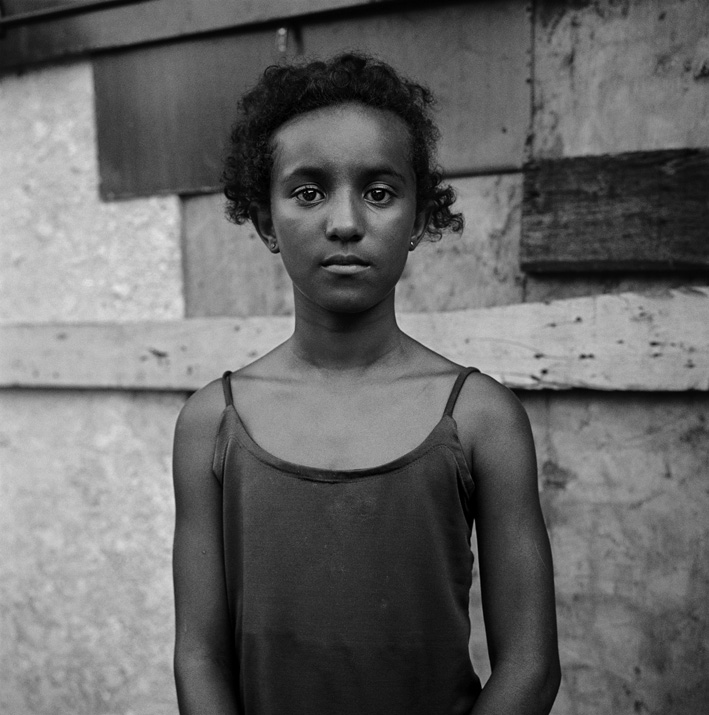 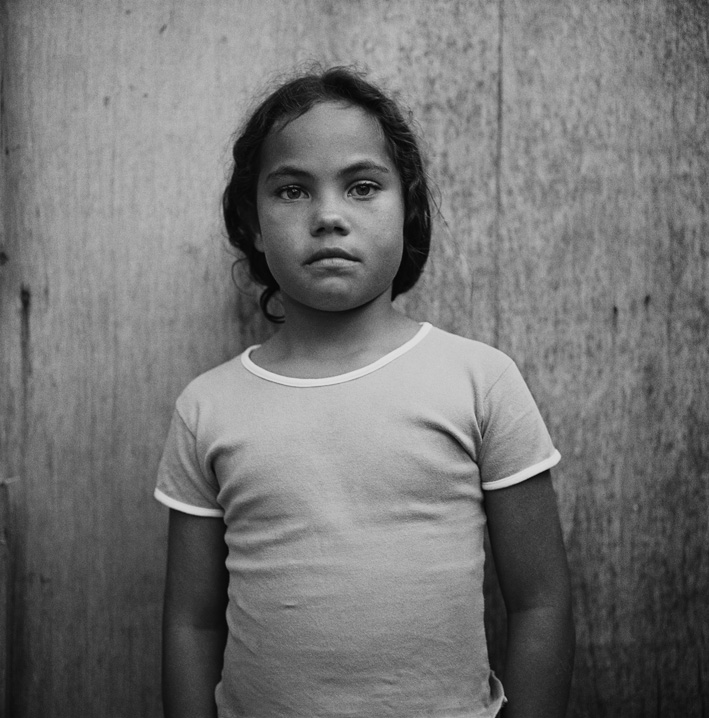 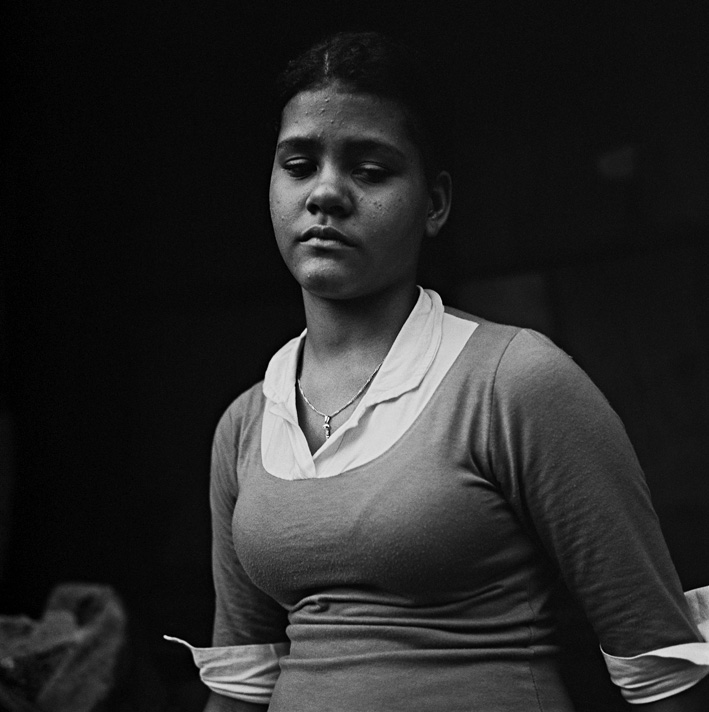 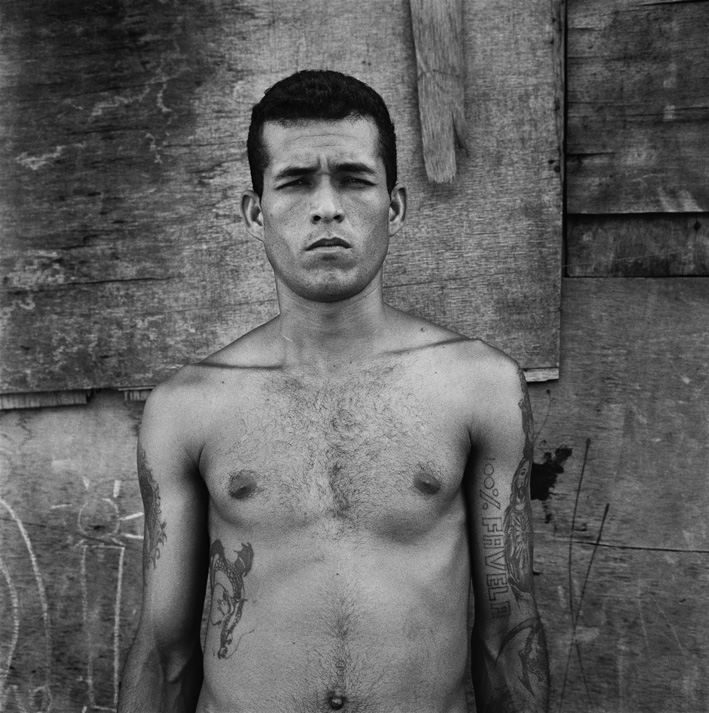 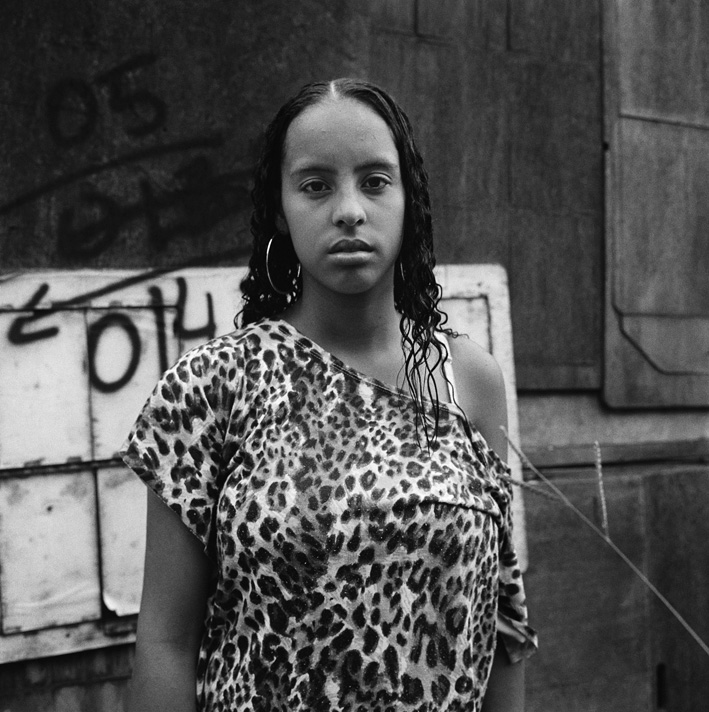 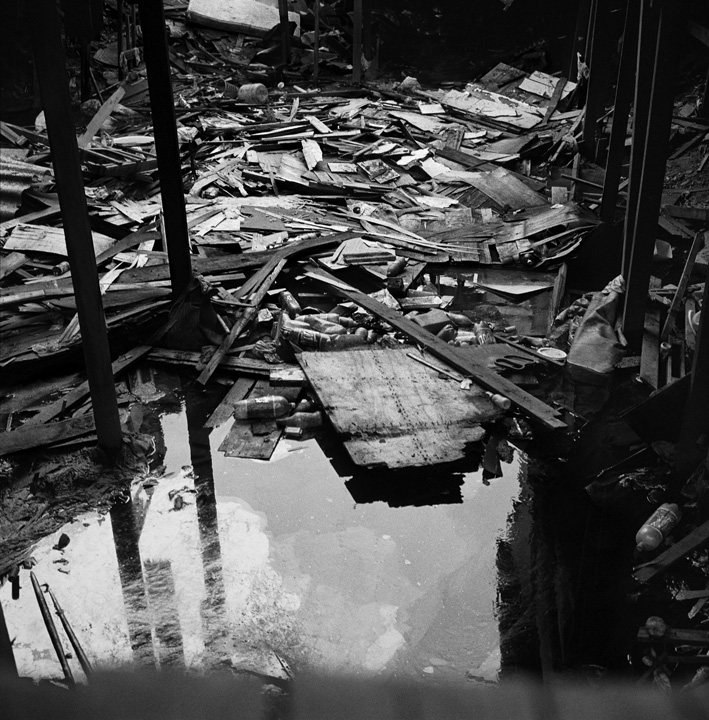 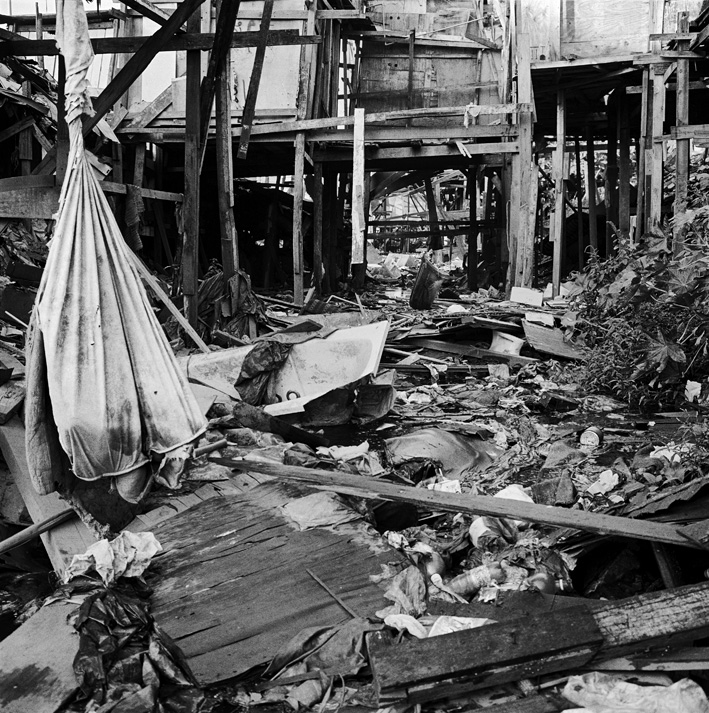 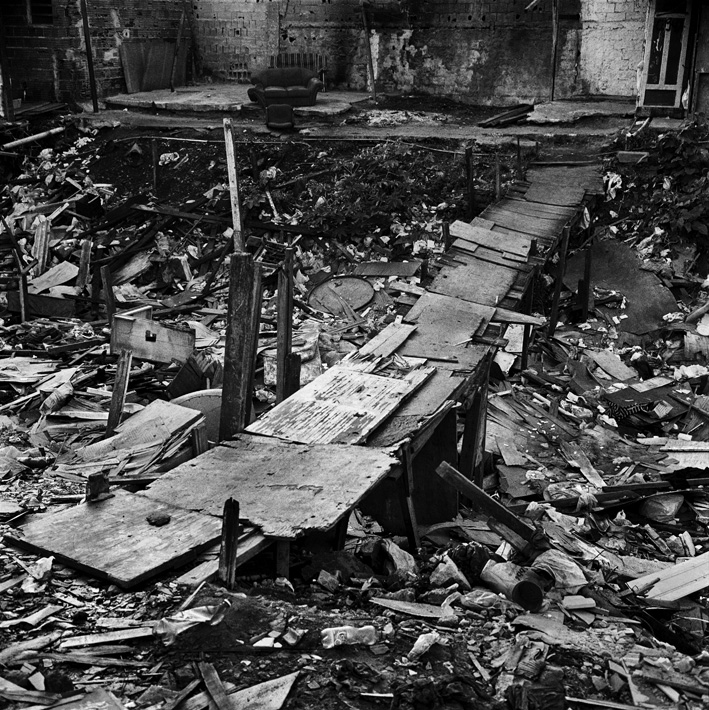 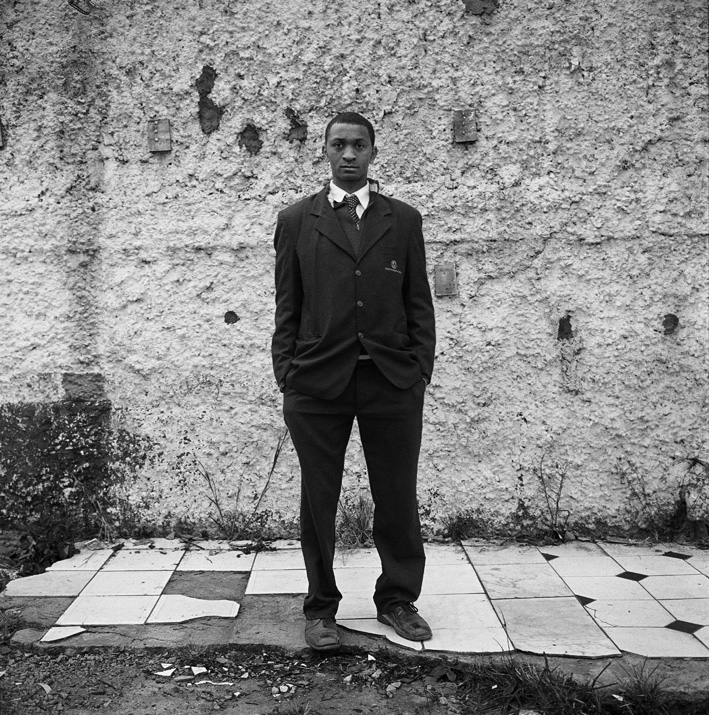 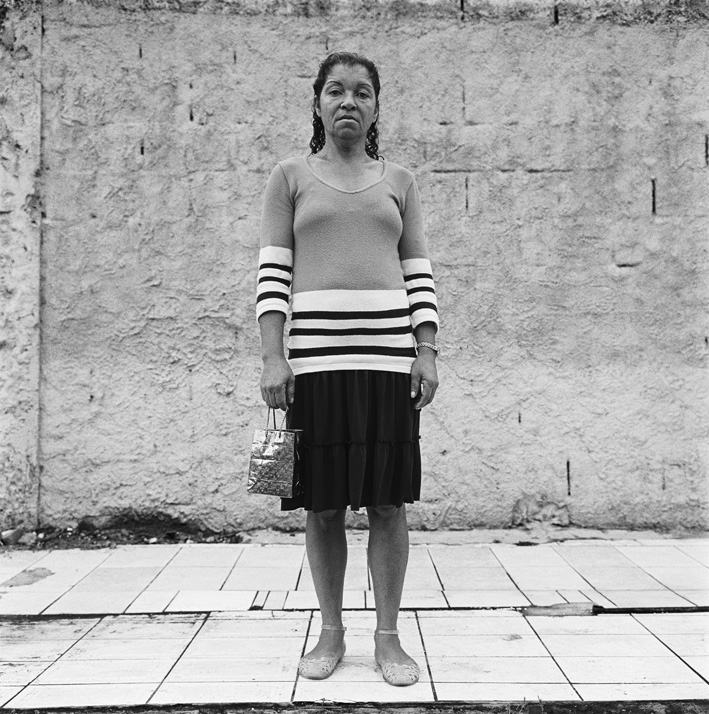 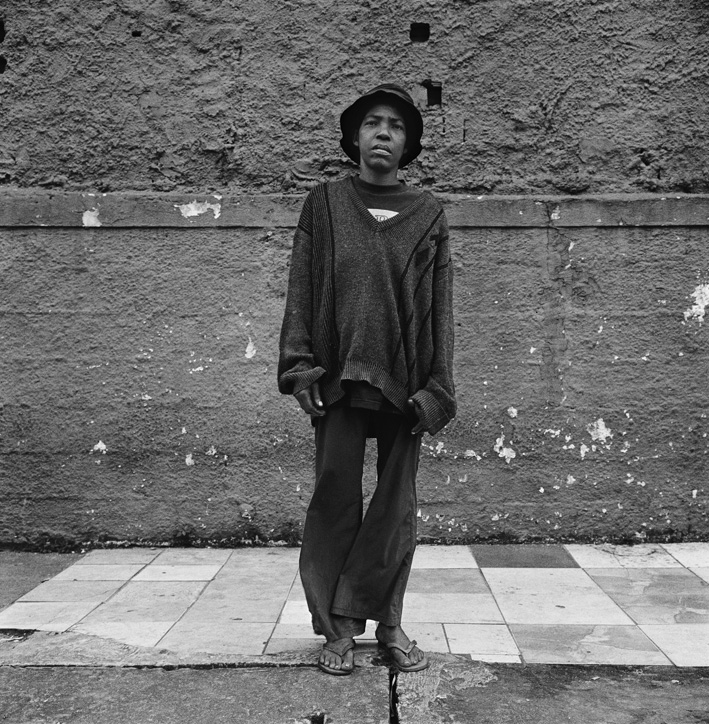 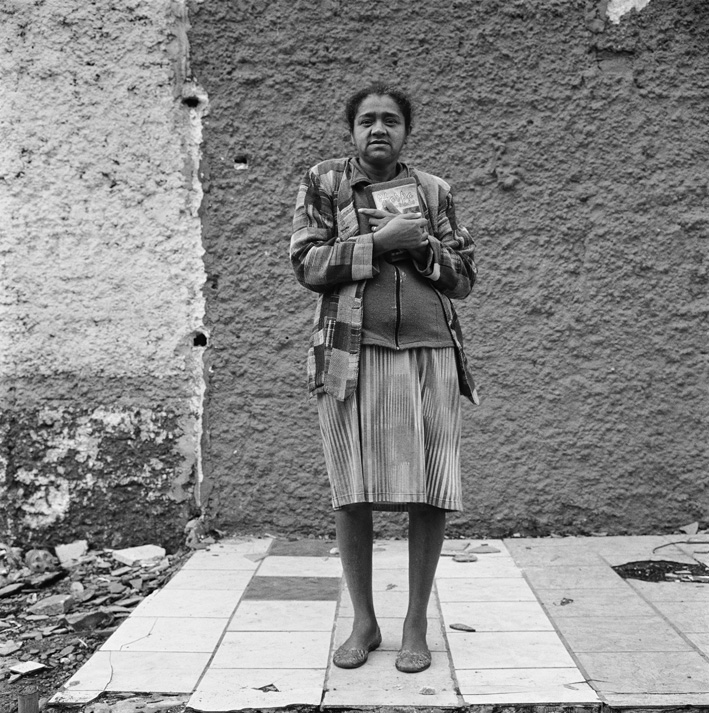 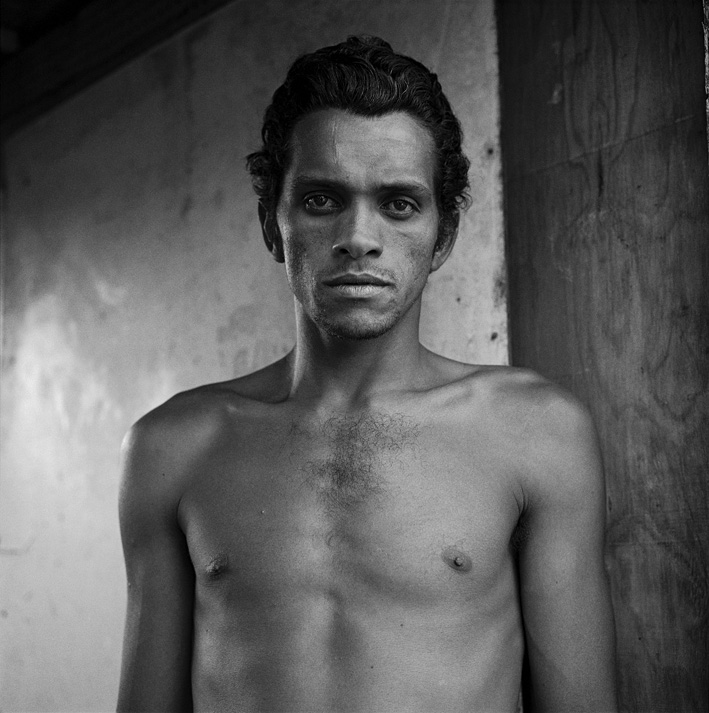 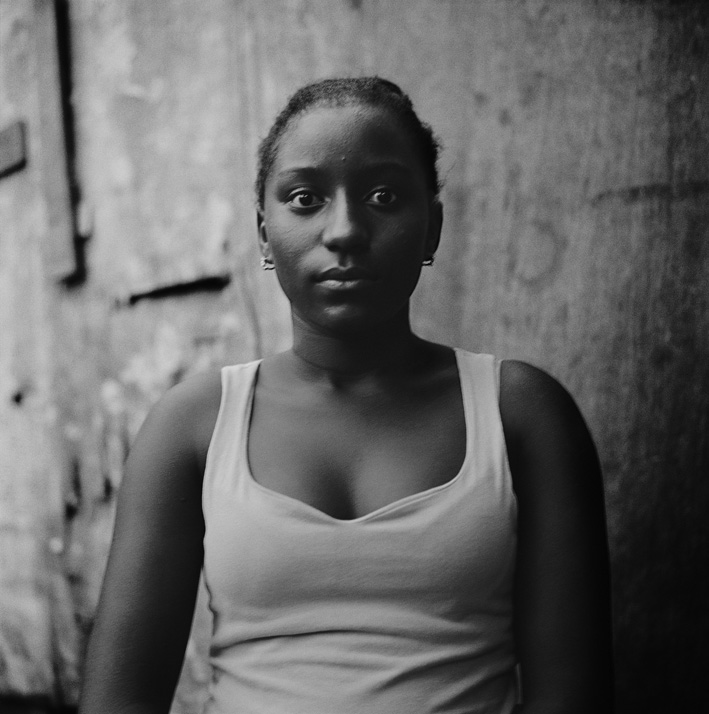 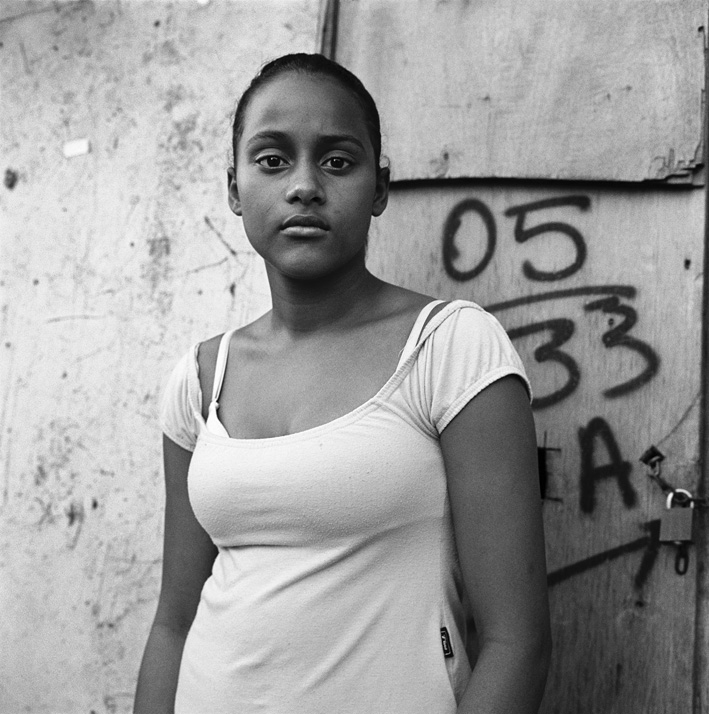 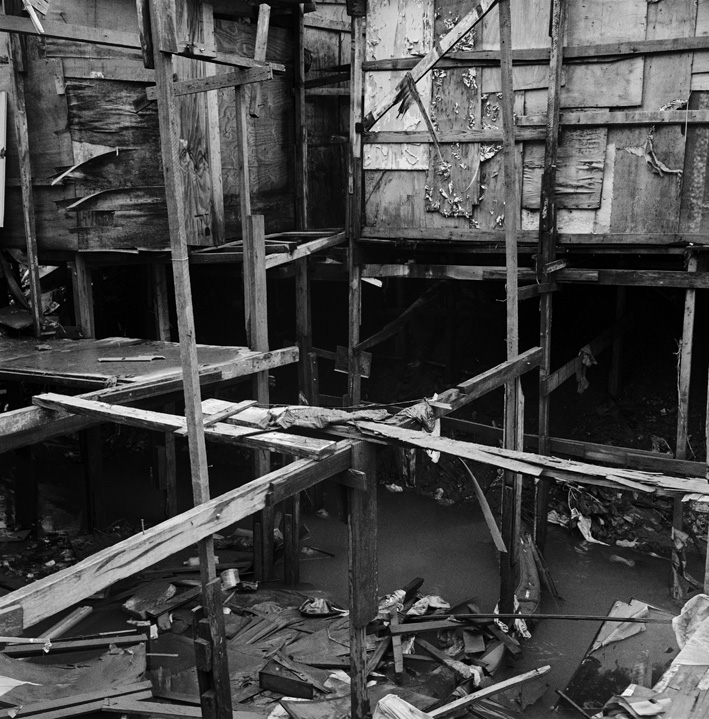 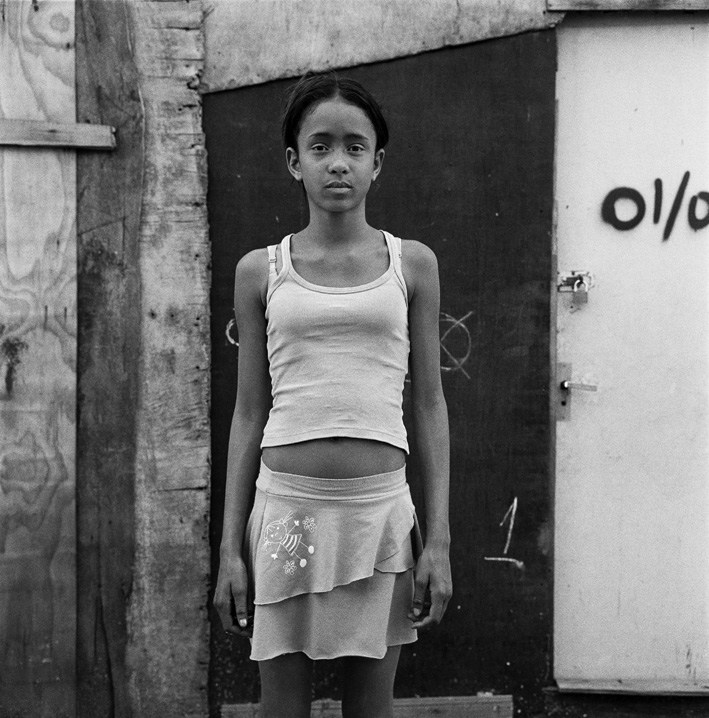 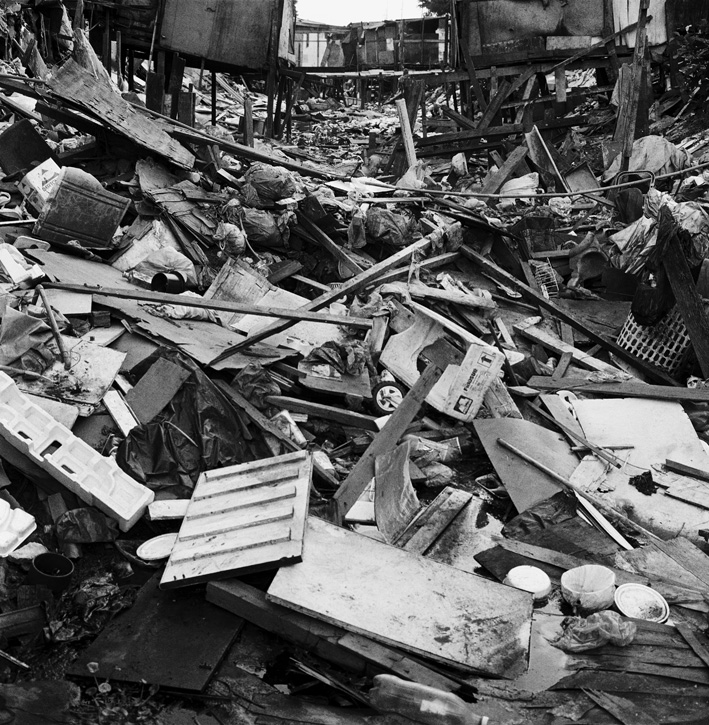 One couldn’t think of a city without considering its social dimension. Because behind its walls yesterday and its towers today, in its central neighborhoods, and its peripheries, in its openings that weave the way of communication, are corporations that install, live together for the better and the worst, come up against each other at times, look for rules and acceptable lifestyles and it’s in the cities more than elsewhere that the process of marginalization and exclusion installs itself. The urban society is equally that in which the gangrene (corruption) of social differences is the most visible, the most radical of a certain manner. The way of feudal domination has succeeded, in the cities that are more and more immense that attract those who, poor, think that they’ll find their salvation, a world of savage domination, brutal, extreme. Little by little that, for the reason of the speculative process, historical centers are becoming too expensive for the middle class people to live in. They empty themselves of their vital substance and become ghettos. The city is, for sociologists, a ground of observation particularly rich and significant of the evolution of an entire society and its strong tendencies. And, for the photographer who gives himself the objective of exploring and attempting to understand the contemporary world, a field of experience unlike any other.
It’s within this framework that one has to consider this photographic inquiry carried out for more than a year, in Sao Paolo, by Ludovic Carème, French photographer, having chosen this city as a city of adoption. He focused his regard on a little favela, Agua Branca and, in an approach radically inscribed in the documentary traditions and esthetics, he invites us simply to see. Favelas – that one often refuses to see like those who, in a deranged society because it hits our good consciousness and is painfully proving – we say a lot but at the end, see little. The acceleration of the process of the media coverage makes it so that we don’t show the favelas at the time of extreme violence – that exists, of course, but it’s not the quotidian – and we seem to forget that it’s simply a human issue. That they are places with absences of legislation, favelas, more and more conceived as a wound in the cities, are the dwellings of human beings who are our contemporaries. We are living exactly the same things in France when televisions interested the suburbs only when cars were burning in the peripheries, and when the confrontations between the police and the youngsters where there were deaths by gunshots, both sides bearing arms.
Agua Branca isn’t a spectacular favela and has nothing to do with the beauty sometimes poisonous of the constructions that climb the hills of Rio. Agua Branca is simply a chaotic overlapping of wooden constructions overhanging open sewers – here it’s about an undeniable supplementary violence – in which several hundreds of people try to survive. Poor and marginalized families, a lot of young people, a lot of children, a lot of humanity as well and equally as much daily dramas and permanent despair.
Ludovic Carème knew – and he was able to do so thanks to the intercession of Brito ( thanks Brito, amigo!) - penetrating into the community, earning the confidence and working in the sobriety. No anecdote, fruitless assessments to let one see the fragility of the construction and their brutal destruction during the explusion – at times accompanied by rehousing – the inhabitants. And most of all the portraits. Two types of portraits that say the necessary, for the photographer to find the distance that, as Godard said, the mistake of being « just an image », at least that tempts to being « a true image ».

For that, the physical position of the photographer, his real point of view, are essential as much as the attention to the light. So the procedure, since it’s that we’re talking about, takes place in two moments/ parts. One part close-up portraits without being psychological tentatives nor esthetic reveries, nor attemps to extort an expression that would be misinterpretated by those who look at it. Just a way, simple and affectionate, without effects but tender, of a youth who has the right to ask himself how many years he has to live and what future he can invent.

Another series of portraits, on tripod, very simple, also without any effects, to establish an inventory of the inhabitants of the favela posing in front of a big wall in which they must walk by early in the morning to take the bus that brings them to their workplace. The opportunity also - and even if it doesn’t have to do with denying the existence of traffic – that the great majority of adults and of young people work and work hard. We feel it, at the very moment they leave, already exhausted and defeated. The frontal approach, the repetition of framing to minor variations registers the work in the line of this esthetic documentary of which Walker Evans and here, August Sander remain the historical references..

But photography has its limits and is never just an image that, including when it searches to be the most faithful possible and that it assumes its subjectivity, knows how to say everything. So the photographer asked the inhabitants to witness by words to accompany the portraits. When they didn’t know how to write, the children took over, from their handwriting at times applied and other times clumsy to tell a story and their feelings.

Hurting, painful, intense. And often going through dreams that one would love to imagine possible.

Each time that I go the Agua Branca, beyond the sadness that seizes me when I hear the stories of all the daily disasters, registered in my memories is the vision of permanent paradox : just about thirty meters from the favela, beyond the sewers, a big hardware store well-stocked sells construction material, tiles, windows, doors and everything one needs to build, to improve and decorate a house comfortably…

It’s all simple, but it should be unceasingly reminded : favelas, above all, are people. Our contemporaries.